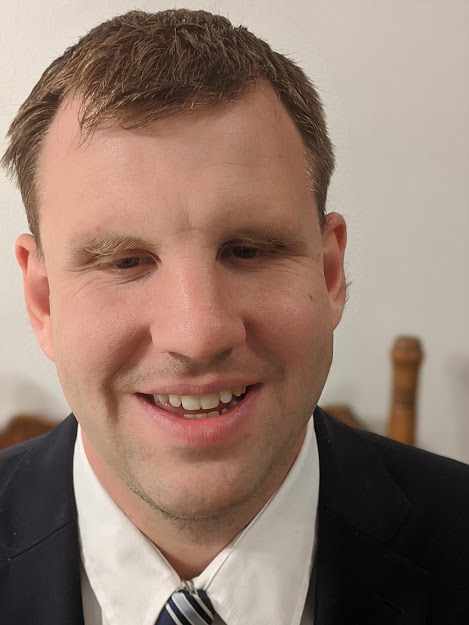 Most of us are probably familiar with Wikipedia, the free Internet Encyclopedia that anyone can edit. For Dr. Skylar Covich, his journey with Wikipedia stretches back to 2003, almost as long as the site has been in existence. In light of Wikipedia’s 20th anniversary on January 15th, Skylar recently reflected upon his journey with this vast knowledge-based resource, and suggested where he would like to see it go.

Skylar was born totally blind, with Leber's congenital amaurosis -- a group of eye diseases that result from various mutations in at least 14 genes, all of which are necessary for normal vision. He discovered Wikipedia while still in high school, and edited copious amounts of content throughout high school and college, mostly using Job Access with Speech software (JAWS). He became a Wikipedia administrator, and got heavily involved in composing and editing articles. He also participated in quality control for new pages, and disciplining unconstructive editors. Skylar went on to earn a doctorate in political science from UC Santa Barbara in 2017.

In 2019, he co-founded the WikiBlind User Group, an international online group in which members who are blind, low vision, and sighted can connect and discover the options they most enjoy for participating in the free and open knowledge movement.

“What we would like to do is to provide trainings so that blind people can start editing -- and not only Wikipedia, but other Wiki projects as well,” Skylar says. “I'm especially interested in spreading the word about blind people and the free knowledge movement and providing some trainings to anyone who's interested.”

Skylar also hopes to be a mentor to other blind people who are interested in contributing.

“I definitely hope to continue to improve articles myself and to be an advocate for accessibility, to get more involved with relations with the Wikimedia foundation that runs the site, to make some accessibility improvements,” he says. “We want to hear more from people who are more involved on the ground right now in Wikipedia as well.”

Skylar is now working with AFB, various Lighthouse groups, and other nonprofits, to spread the word that Wikipedia is accessible to the blind, although there is still work to be done in this regard.

Learn more about Skylar, WikiBlind, and how you can participate in celebrating Wikipedia’s 20th birthday celebration by visiting the WikiBlind User Group page.

Here’s how you can help celebrate: